The Global Trends Report 2013 Preview: From one-to-one to many-to-many relationships
12 November 2012
A Top Ten for Business Leaders in The Economist
26 November 2012
15th November 2012 by Malin Samuelsson in Blog 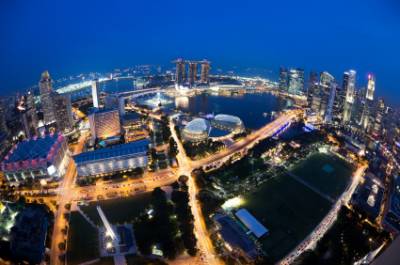 Note to self: Stay here! Singapore is buzzing. There is no other way to describe the activity and creativity visible in every corner of this miniscule adopted home country of mine. And it is buzzing in a sort of planned and structured way that makes you feel as if everything is moving onwards and upwards. Therefore, the fact that Singapore scores among the top third in this year’s Global Innovation Index and at the top of the Global Innovation Policy Index comes as no surprise.

But what makes Singapore such a fertile ground for innovation? Is it because of its inherent diversity – a sort of ‘nothing is surprising, anything is possible’ kind of attitude?  Is it culture or necessity? Necessity is the mother of invention – Singapore is certainly a case in point in some areas. It’s a small place with lots of people of different ethnic origin and some obvious challenges in terms of size and resources. But surely, there must be more tangible factors?

There are, most notably on the policy side. Because of its Western (UK style) legal system and low corruption, Singapore attracts safety-conscious entrepreneurs and innovative ventures.  The country has the upper hand in one particular field essential to innovation: Intellectual property (IP) laws that are also enforced, making it stand out like a sore thumb among its neighboring ASEAN countries, and also in comparison with China. A proposed new patent legislation, moving from  a ‘self-assessment’ to a ‘positive grant’ patent system aligned with practices in for example Europe and Japan aims to raise the standards of Singapore patents and strengthen its reputation as an innovation hub.

Over the past few years, research and development (R&D) has come to play a vital role in Singapore’s role as an innovation hub. In 2010 the government pledged to increase R&D spending by 20% over a five year period, aiming for a level of 3.5% of GDP by 2015. A new system through which companies could claim tax credits for money spent on everything from R&D to training of personnel was also introduced. Finally, Singapore also has some of Asia’s best universities and the tertiary sector plays a key role in bringing innovations to the market through their technology transfer offices. Add to the mix a competitive market place supported by an educated population and advanced information technology, and voilà, there is fertile ground for innovation.

An interesting aspect that has been discussed – although arguably more in the US than in Singapore – is the impact of immigration on innovation. According to a recent study of the US, immigration is conducive to innovation. Although most observers agree that this may be the case for high-skilled workers and professionals, some blogosphere commentators note that the low-skilled workers who construct our homes and then work to keep them clean are not the ones who file patents. One might argue, however, that if they do all the hard graft, doesn’t that leave time for the more privileged to be innovative? Or as US economist Alex Tabarrok has more eloquently put it: “Low-skill immigration can even increase innovation because it helps highly skilled workers to better use their time and skills. A low-skilled worker who mows a physicist’s lawn is indirectly helping to unlock the mysteries of the universe.” (See link to TED.com below)

Being a multicultural immigrant society has its benefits for a trading and innovation hub. In Singapore’s linguistic, cultural and ethnically mixed population there is an understanding of, and strong linkages to, both the rest of Asia on the one hand, and to the West on the other.  Add in its strategic location with access to the ever-expanding Asian market – over three billion people and counting – and that’s a recipe for a hub even without any kind of government intervention.  With the emergence of China as an innovation country – although not yet at the top of any innovation indices and mainly involved in ‘second generation’ innovation, China has had the largest number of startups of any country over the past few years – Singapore can piggy-back and potentially contribute to this development.

So the tech-wizzy population, outstanding infrastructure, the long-standing presence of multinational corporations and supportive government policies will thus help the city-state’s transition from trading hub to innovation hub. Many are attracted to the appealing prospects that Singapore offers. The pharmaceutical industry has already opened up major operations in Singapore in recent years, lured mainly by the government’s program of tax credits for R&D spending, but also infrastructure and talents. Next, technological innovators are expected to choose Singapore as a hub, taking over some of the business from Silicon Valley.

But can it last? The recent KPMG Technology Innovation Survey 2012 predicts not Singapore, but China as the next technological innovation hub by 2016. Given that most innovation in China currently is ‘second generation’, i.e. mainly improving existing technologies, and the country still has an underdeveloped IP system, this may be overly optimistic. Even since I started observing China over a decade ago, corporate executives have overestimated its potential in every area but as a consumer market for their products. Your occasional correspondent may have to eat humble pie in four years’ time, but when it comes to innovation my bets are on Singapore, now and for the foreseeable future.

Anti-immigrant comments to quite of above mentioned article
http://www.tremeritus.com/2012/06/28/immigrants-are-crucial-to-innovation-study-says/