Talking trash in Brussels: Let’s not waste the waste! 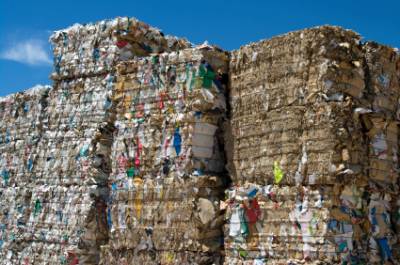 As a journalist I receive dozens of invitations for press conferences and public speeches every day. Of course, I can’t attend all of them, but I have been to many over the years. Somehow they all seem to sound the same – especially the speeches from the European Institutions: “The EU sets global standards for a better world.” “Europe has the toughest legislation on consumer rights, use of chemicals, or climate change – and the rest of the world would do well to follow this example.” All good intentions and maybe one day even a competitive advantage.

But are things really all going so well in the EU? Let’s put it this way: not yet.

Waste is a case in point. Looking at one of the most basic practices for environmental protection – recycling – shows a huge gap between ambition and reality. The EU has set some high expectations: By 2020 50% of municipal waste and at least 85% of electrical and electronic waste generated across Europe should be re-utilized. But today some 60% of the EU’s household waste still goes to landfills or is being burned. In some member states, almost 100% of household waste ends up in landfills. 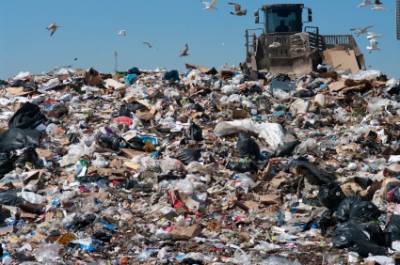 What a pity. Looking at my collection of dustbins for all kinds of materials at home, I often ask myself if it actually makes sense to sort my trash. Unfortunately, the statistics confirmed my doubts.

On top of these disillusioning numbers, the European Court of Auditors has criticized a massive waste of money in the EU’s waste management area. €10.8 billion has been pumped into waste management by the EU since the year 2000. However, a recent report concluded that “the effectiveness of (…) funding for municipal waste management infrastructures was hampered by the poor implementation of supporting measures.”

This is a huge waste on two levels. It’s not just inefficient use of public funds but also an enormous unutilized opportunity which is literally being thrown away: “In 2010, each EU citizen generated on average approximately 500kg of municipal waste, which if not collected, treated and disposed of properly represents a big source of untouched raw materials.” (European Court of Auditors).

Another recent study states that “over half a million new jobs could be created in member states’ recycling sectors if every country recycled as much as the best EU performers.” The report suggests, for example, that better use could be made of aluminum. This light metal provides “in terms of opportunities for collection, recycling and reuse a particularly strong example of how certain resources can be endlessly recycled and reused without losing their key characteristics”. (Friends of the Earth, Europe)

The report also takes a look at lithium, which like other rare earths is re-used very little, despite its growing applications in electronic devices, energy storage and electric vehicles. Statistics on lithium recycling show that Belgium scores by far the best when it comes to the collection of old lithium-batteries. This might be surprising at a first glance, as this little country is not really known for ranking highly in any statistics. (And I’m happy to find some good news about my country of residence). However, there is one big reason underlying this success: Its name is Umicore.

Former mining and smelting company Umicore, headquartered in Brussels, has changed its business model completely. It makes now big money through recycling and materials technology – and collects many of its resources locally, including some 7,000 tons of lithium batteries per year, while neighboring countries don’t even reach the 500 ton ceiling. Umicore employs 14,000 people, has a turnover of €12.5 billion and was recently named as the most sustainable company by “Corporate Knights”. Not too bad for a junk dealer!

Of course, it doesn’t always have to be an award-winning company driving the movement to make the most of waste. Creative business and product ideas can do it, too. Some recent examples which I came across offer inspiration:

Clearly, there is a lot of potential within the European Union to make recycling and resource efficiency a flourishing business. So let’s put our doubts aside, make use of it and set the next trend by asking: What treasure might be hiding in my own dustbin?

Report on public funding in waste management by the European court of Auditors
http://eca.europa.eu/portal/pls/portal/docs/1/20156748.PDF

Less is more – FOE-report on lithium, aluminum and cotton
http://www.foeeurope.org/sites/default/files/publications/foee_report_-_less_is_more_0.pdf