Malaysia: Affirmative action of the majority continued (past its expiration date?)

Malaysia is a fascinating country, with its variety of natural scenery, architecture and people. The contrast of urban sprawl along meandering highways cuts through the stunning greenery as massive constructions of metal and steel tower over miniscule colonial shop-houses. However, on our way around the country, a more worrying set of contrasts emerged through our conversations with taxi-drivers – the one between “us” and “them.” They all seemed to be complaining about the government and the benefits awarded to the “lazy Malays” while they are doing all the work.  It eventually occurred to me that the taxi-drivers were all ethnic Chinese and Indian. Their stories of state-sponsored ethnic inequality sounded biased and unbelievable, and hence a topic for your occasional correspondent to explore. What it is lurking behind the scenes of the tourism authority’s ‘Malaysia Truly Asia’? 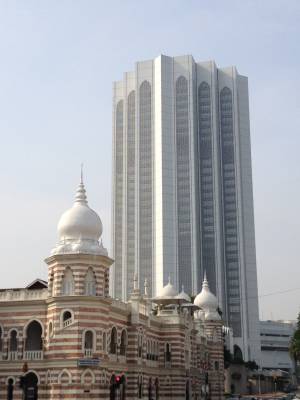 For starters, the country has been run by Barisan Nasional, a broad coalition with all major ethnic groups represented although dominated by the United Malay National Organisation (UMNO), ever since independence from Britain in 1957. Despite the hopes of many a taxi-driver, the September election did not change this state of affairs. Allegedly aided by a variety of questionable campaign tricks and use of public funds and media for their own purposes, as well as major gerrymandering efforts, Barisan Nasional managed to gain 60 percent of the parliamentary seats. They lost the popular vote, which was at an all-time low of 47 percent for this long-serving government, despite a whopping 85 percent voter turnout. The biggest blow came from the ethnic Chinese community, whose support for the Chinese Barisan Nasional coalition partner halved compared to the previous election. The outcome: a country more divided than ever. But how did it come to this?

The UMNO was formed upon the British return after World War II and established a system of equal rights between Malays, Indians and Chinese in the new Malay Union. When independence came in 1957, the majority Malays (around 60% of the population) ensured that Islam became the state religion, while allowing other faiths to operate freely and to maintain their own institutions.  However, ethnic tension has been rife since the beginning. The race riots in 1964 in Singapore were a contributing factor to its expulsion from the Malayan federation, as was its predominantly Chinese population. But racial riots recurred in 1969 in Malaysia (in which most of the people killed were Chinese, mostly by Malays) and these events are considered one of the main reasons for the launch of the ground-breaking New Economic Policy (NEP) in 1971.

The purpose of the NEP was to reduce tension between the different ethnic groups by reducing the socio-economic gaps between them. At the time of independence in 1957, the ethnic Chinese and Indians tended to be wealthy city-dwellers, whereas the indigenous Bumiputera (alternative spelling Bumiputra, meaning ‘sons of the soil’), including Malays, were farmers or manual laborers in the countryside. NEP’s affirmative action policies benefitting the Malays and other Bumiputera – or ‘Bumis’ – were therefore introduced.

These policies have remained in practice even after officially ending in 1990: 70 percent of seats in public universities are to be allocated to Bumis, they get better home mortgage rates, and even lower level government functions have an ethnic component benefitting Bumis.  Despite all the years of affirmative action working against them, the ethnic Chinese account for around a quarter of the population, but dominate the economy. They run 90 percent of Malaysia’s SMEs and contribute nearly 90 percent of the total income tax paid.  Chinese business owners hire Chinese staff.  The ruling Malay elite moved the administrative capital out of Kuala Lumpur to Putrajaya, where the 70,000 almost exclusively (around 97 percent) Malay civil servants live in a privileged urban enclave.   The ethnic divide has thus become an institutionalized part of life in Malaysia. (Interestingly, South Africa is one of few countries who have looked into duplicating the system.) 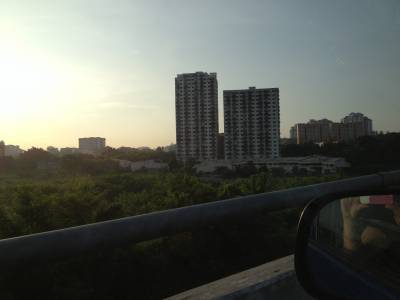 The Malay population has gained significantly from the NEP, but it has come at a price for the other ethnic communities and the national economy as a whole. The Malaysian brand of affirmative action – solving an economic problem by framing the analysis around ethnicity – has been counterproductive in many respects. Large groups of poor Chinese and Indian communities are without support in finding employment, subsidized housing and public education. Ethnic issues aside, questions have been raised as to the impact of the NEP on Malaysia’s economic development. During the official period when the NEP was in place, it was indeed one of the ten best-performing economies in the world. However, most South-East Asian countries did better than Malaysia, which may indicate that the economy did not grow to its full potential during the 70s and 80s.

Against this backdrop, imagine your occasional correspondent’s surprise when walking past a newspaper stand last month, only to find that there will be more of the same! The long-standing special treatment of the majority population has apparently not been successful, as a revamped NEP was launched this September. The so called “Bumiputera Economic Empowerment” is officially aimed towards strengthening Bumi ownership of homes and businesses and, more generally, their stake in the economy. The word on the street, however, is that it was aimed at strengthening prime Minister Najib Razak’s grip on the party just before leadership elections; some observers also believe that it was explicitly framed as a thank you to the Bumis for their support in the May 2013 elections and to ensure that it continues. Be that as it may, it is certainly intriguing to see a government with less popular support than ever maintaining a policy that arguably has been a failure for over half a century.

The conclusion: a text-book case of dictatorship of the majority. For the Bumi-dominated government to stay in power, their best bet is continuing to please the Bumi 65 percent of the population (a solid majority in any future election). It’s an unlikely recipe for racial harmony. Inclusive development can never be the result of exclusive polices, benefitting not those who need it, but those who keep the current government in power.