Many thanks to former UN colleagues Todd Smith and Odkhoi Bold for your up-to-date perspectives from Mongolia!

I will never forget what economist Jeffrey Sachs said in 2002 about Mongolia’s prospects for development: “Half of the people live in yurts. Their connectivity is low. They have no viable industry right now […]. The real economic answer for Mongolians is to leave. But that’s not the answer for Mongolia” (my italics). Looking up my Mongolian friends on Facebook, most of them are still there, and one Canadian friend, Todd Smith, has even stayed on in Ulaan Baatar and started a family. 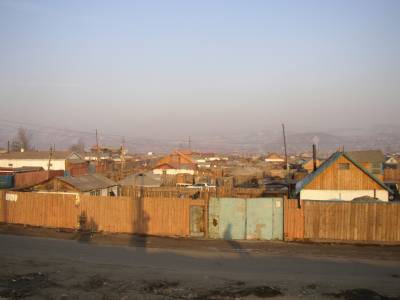 Mongolia was my first serious encounter with a developing country. Some experiences made sense in an odd kind of way; like the fact that the closer you lived to the power station, the warmer your house was. Some things made no sense at all and were probably a clear breach of international human rights standards, such as the fact that prisons (for convicted felons) were much cozier than the pre-trial detention centers (housing people who were presumed to be innocent). The flag carrier MIAT was under forced management by a foreign firm after a helicopter crash in the early 1990s, and the most coveted employers were foreign NGOs and development agencies. Foreign aid made up a large chunk of the national budget. There was poverty, corruption and inequality. On my ten year anniversary of moving to Mongolia and entering ‘expatriateship,’ I thought it was time to dig deeper into what has happened there since I left.

The main driver in the country’s development is the mining boom, but with it comes the fear of the ‘resource-curse’, i.e. low levels of development despite abundant natural resources, often alongside increased corruption and inequality. According to a recent Asia Foundation survey of large businesses in Mongolia, corruption is indeed rife. Corporate managers spend a large chunk of their time trying to navigate a complicated administrative landscape, where corruption in public tenders and contracting is standard practice. Nevertheless, the trend over time is promising: out of 174 countries surveyed in Transparency International’s Corruption Perception Index, Mongolia climbed from 120th place in 2011, to 94th place in 2012. This is especially remarkable considering the fertile ground for corruption provided by the extractive industry boom.  According to long-term Ulaan Baatar resident Todd Smith, corruption “is a lot less prevalent now than 10 years ago. Petty corruption is quite rare surprisingly. Bribing police for traffic offenses is a lot less common and very risky to attempt. […]There is a lot more transparency now with government agencies as well in my opinion. “

So is Mongolia more capable than, say, Nigeria, Sierra Leone and Venezuela to avert the resource curse in the long term? Well, there are indeed a few positive characteristics that set Mongolia apart from other resource-rich developing countries. First and foremost, it’s a democracy. Even if ever so immature, small, nomadic, and landlocked, it constitutes a sliver of hope for good governance wedged between giants with questionable democratic credentials. Its democratic potential has therefore spurred foreign donors on, in the hope that ‘here’s a place that we can actually change’ – there’s both the manpower and the institutions and, more recently, also the resources to do so. Secondly, because of its Soviet era heritage, the country has a bureaucratic and human resources ‘skeleton’ to build upon: institutions are in place, the literacy and education levels are high compared to other resource-cursed countries, and the educated elite have a lot of exposure to the outside world through having worked and studied abroad. Thirdly, civil society is on the rise and people speak up more now than 10 years ago and are less likely to tolerate corrupt practices. Finally, the Mongolian Independent Authority Against Corruption (IAAC) is reportedly working at full speed. It has a track record of high-level convictions, including former president N. Enkhbayar. Despite his reputation for corruption, some sources claim his arrest was politically motivated, particularly because of the timing; he was detained just a few weeks before a general election where he was set to regain power with his reformed socialist party.

The numbers too are rosy: Mongolia is predicted, by The Economist, to be the world’s fastest growing economy in 2013 at a whopping 18.1 percent. The GDP per capita is around US$ 5,000, placing it roughly on par with Bolivia, Honduras and Indonesia. All this, and now Kentucky Fried Chicken is set to enter Mongolia’s culinary arena with four flagship outlets this summer! (Is McMutton next?) 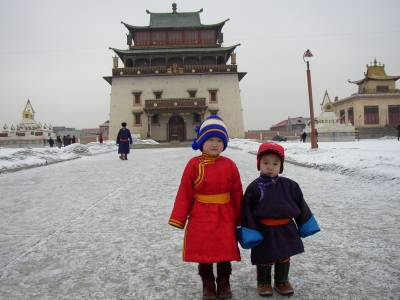 But, and this is a big but: has all this development benefited the people? Is the best answer still for Mongolians to leave as Sachs concluded in 2002? Todd says: “There is a small percentage of the population who have benefited from increased salaries, wealth and increased quality of life. The majority of people are worse off than they were 10 years ago. Alcoholism has significantly increased among females in Mongolia as well.” In addition, women are often the main breadwinners of their families in addition to being responsible for the household and the children, but sexual harassment and marital rape is not illegal. For those suspected of a crime, the situation is also pretty bleak; torture and ill-treatment by law enforcement officers during interrogation is widespread – partly because the police rely heavily on confessions to get convictions – and the police generally enjoy impunity for these crimes. The statistics for poverty vary by the source, but 30 to 40 percent of the population lives in abject poverty. Among these are around 100,000 ninjas – poor individual prospectors who are also trying to make a living from mining. Inequality is rising, and the rapid and poorly managed urbanization leaves people living in terrible sanitary conditions in the capital, burning coal and contributing to the already severe air pollution.  The 40 percent of Mongolians who still make a living from livestock herding claim that their livelihoods are threatened not only by the spread of the Gobi desert – often attributed to climate change – but also by the mining operations, which are diverting and polluting water. The inflation rate is around 10 percent and food prices are on the rise, e.g. in August 2012 the price for meat, milk and cheese went up by nearly 50 percent.